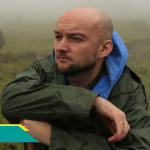 In the shadow of the Central African Republic  rain forests there lives a tribe of the shortest people on Earth –  the Pygmies from the Baka ethnic group. Together they hunt, gather fruit picked from big trees, celebrate dances and pray to honour the spirits of the forest. However, with time, as the influence of the western culture is constantly increasing, young members of the tribe start to rebel. They want to explore modernity, use the latest technological achievements. The traditional values of the tribe begin to lose in the battle with the inventions of the 20th and 21st century.

Vadim Vitovtsev`s film deserves special attention because of the ability to capture the natural beauty of the forests and their inhabitants.